“We wanted the tweet to get trolled”: Webchutney on Swiggy’s ‘blueblahbleh’ 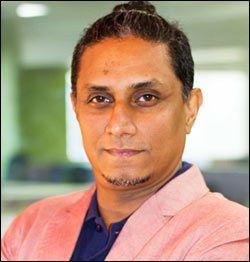 First, Swiggy tweets something obscure hoping to run into trouble. And now the brand is asking people to make weird noises on Instagram voice note. What’s going on?

It all started with an incoherent tweet on Swiggy’s official account, on the morning of February 25. The brand’s handle posted “bluueeblaahhhbleehhhblueeblahblehblue” – it looked like a careless mistake on the part of Swiggy’s social media team. It reminded us of something D Shivakumar, executive president, Aditya Birla Group, said at an event last week while cautioning brand managers against making mistakes in the unforgiving world of Twitter: “… don’t let junior people handle your social media…”

Meaningless though it was, Swiggy’s ‘blueblahbleh’ post managed to rake in a fair amount of buzz online and quickly morphed into an appetiser for the brand’s main #SwiggyVoiceOfHunger campaign.

The word voice in that hashtag campaign title is not metaphoric. The brand’s big ‘reveal campaign’, which was unveiled yesterday, is an interactive, crowdsourced effort by Dentsu Webchutney, that has at its core voice messages – essentially, the campaign leverages Instagram’s recently launched voice note feature by inviting people to recreate the shape of food items on the ‘sound wave’ of Instagram’s voice notes. All this is to be done in the direct messages (DM) inbox. The carrot: food vouchers from Swiggy, duh. The voice note
Click on the image to enlarge

Well, the campaign caught our attention because it takes a specific feature on a social media platform and dives into it; imagine a brand using Facebook Messenger’s pop-up icon to push a campaign. And because it’s about audio and voice. Most UCG-based digital campaigns are primarily about photographs. Explaining that the idea for this campaign was born while reimagining Instagram’s voice note feature beyond its intended purpose, Webchutney’s Prasad tells us, “The team at Webchutney gets super excited each time Instagram releases a new feature and tries to find out the whackiest possible way to ‘hack’ it for a brand. We have been tinkering with the platform since 2015 with innovations around user-tagging, sliders on stories, and IGTV …”

Many service-based brands have been using direct messages on Instagram to tackle customer grievances/feedback. He says, “Initially, we were skeptical about whether users would take to having fun with a platform like Direct Messaging, which was used as a CRM platform. But user behaviour was in our favour. They spoke to us like they would with a friend on Instagram. A backend challenge was to make the voice notes public to get more people to participate…” Enter: the Insta-feed, of course.

“The campaign is interesting because it takes a specific feature on a social media platform and dives into it. Imagine a brand using Facebook Messenger’s pop-up icon to push a campaign.“

Social media can be a hostile place. Starting a campaign with a tweet made to look like a blunder is a bit risky, isn’t it? Prasad answers, “Indian Twitterati has always been unforgiving about typos… things always go haywire, like Star Sports and Virat Kohli’s Wrogn. We wanted the tweet to get trolled, so we could get maximum eyeballs when we released the announcement video for Voice of Hunger…”

By the way, the ‘bluueeblaahhhbleehhhblueeblahblehblue’ blooper actually forms a kebab when tried on a voice note.

The campaign will continue for the next few days with a variety of influencers – we already see Rohan Joshi and Shreya Mehta in the mix – and content partnerships. We wonder whether the team can think of a way to take this offline. Make sounds at your Swiggy delivery guy and win… never mind.

Note that while Swiggy’s campaign was just taking off, Millet Smoothix, a cereal-based drink brand from Soulfull decided to hitch a ride on it.

Appreciating the brand’s “smart” use of Instagram, Carlton D’Silva, CEO and CCO, Hungama Digital Services, says, “… it’s a pretty fresh idea. It’s the first time I see this kind of use of voice in a social media campaign… the use of speech and not just sounds would have made it a lot more interesting. The ‘random sounds’ bit is not as much a ‘voice of hunger’ as you trying to make your sound wave look like a food product is…”

“I feel the biggest friction point is the fact that you need to take time out to create a sound wave that resembles a food item/dish. It’s to be seen how many people will take the time for this exercise. My guess is, there will be a lot of kebabs and shawarmas in the entries,” D’Silva adds. Porus Jose, creative head, IdeateLabs, finds the campaign intriguing because Swiggy moved in quickly after Instagram introduced voice notes. “It scores well on relevance, quirkiness and newness. I can’t see why it won’t cut ice with the young TG. In this category brands need to relentlessly do something to be in the interest set. It’s a great campaign,” he says.

“Using voice interaction between two individuals is one thing, but using the feature to harness brand-consumer engagement is simply amazing. It may not exactly be the ‘selfies’ equivalent of user generated content, but I can see it making an impact,” Jose says, adding, “The idea of making sound waves look like food/cuisine may have its restrictions. Let’s face it, there are only that many shapes you can make with a graphic linear waveform… but it’s good to see someone thinking beyond just rehashing ideas and formats…”